History of the estate “De Rietstap”

The estate “De Rietstap” was situated in the area of today’s Dinxperlo industrial area on Meniststraat in the direction of the border crossing Dinxperlo-West.

Originally the estate was in the hands of the counts of Culemborg. A certificate dating from 1498 already illustrates this property right. The Verpondingsregister (a kind of land register) of 1647 shows that the farm was leased to Bernd te Rietstap at the time.

By the way, the spelling of “Rietstap” was earlier probably “reestap”, which means “border”. Over the years, the family te Rietstap bought the estate from the counts of Culemborg. In 1689, Willem te Rietstap married with Engele Boland. Their daughter Arentje married with Gerrit Jagerink in 1708, which caused that the estate was owned now by the Jagerink family.

It was also this family who planted two beeches on the east side of the estate, forming a kind of gateway over the old church-path from the estate to the center of Dinxperlo.

In the year 1874 Gerhard Hendrik A.N. te Rietstap, residing in Gravenhage, a relative of the former owner family te Rietstap bought the estate.

The testament
When dying in 1909, he left 5,500 florins (€ 2.495) to the Catholic St. Peter and Paul church community at Breedenbroek – Dinxperlo. According to tradition, he left the rest of his possessions to the Catholic Congregation of the Sisters of Love in Tilburg, probably under the condition that the estate was to be converted into a monastery and hospital. In addition, the nuns in Dinxperlo should build a kindergarten. The Congregation rejected the legacy because the local population was predominantly Protestant. Thereupon the inheritance went to a nephew of the deceased: lawyer Theodore Marie Theophille te Rietstap. This one was notary in Gravenhage.

The condition
For him too, the inheritance was linked-up to a condition: he had to build a chapel in which a painting of the crucifixion of Jesus was to hang.

It is not known whether the chapel was conceived as a prayer chapel for the inhabitants of the estate or as a parish church for the Catholic population of Dinxperlo. The conqueror fulfilled the testament criterion in a remarkable way: since the testament did not make any rules as to the size of the chapel to be built, he erected a building which had all the forms and characteristics of a church. The tower was on the west side and the choir was facing east as it belonged. However, the dimensions of the church did not correspond to the norm at all.

On October 28th, Mr J.H. Roerdink, on behalf of T. M.T. Rietstap received a building permit to build a Catholic chapel on the estate. Its dimensions should be 6.40 m in length, 4.50 m in width and 5.00 m in height.

During the municipal council meeting on 17 November 1911 the requested permission was granted by the councilors of the municipality of Dinxperlo.

After the death of T.M.T. te Rietstap in 1921, the estate was once again sold. The buyer was Mr. B.F. Koenders.

The small church is consecrated, but a worship service never took place there.

Over the years, the chapel has served as a storehouse, pigsty and chicken house.

During the “Dinxperlo Blumendorf” event in 1975, a group of amateur artists organized an exhibition in “Kerkje De Rietstap”. By this way the attention was drawn again to the chapel.

In 1977, the small church was included into the list of historical monuments due to its curiosity and history. 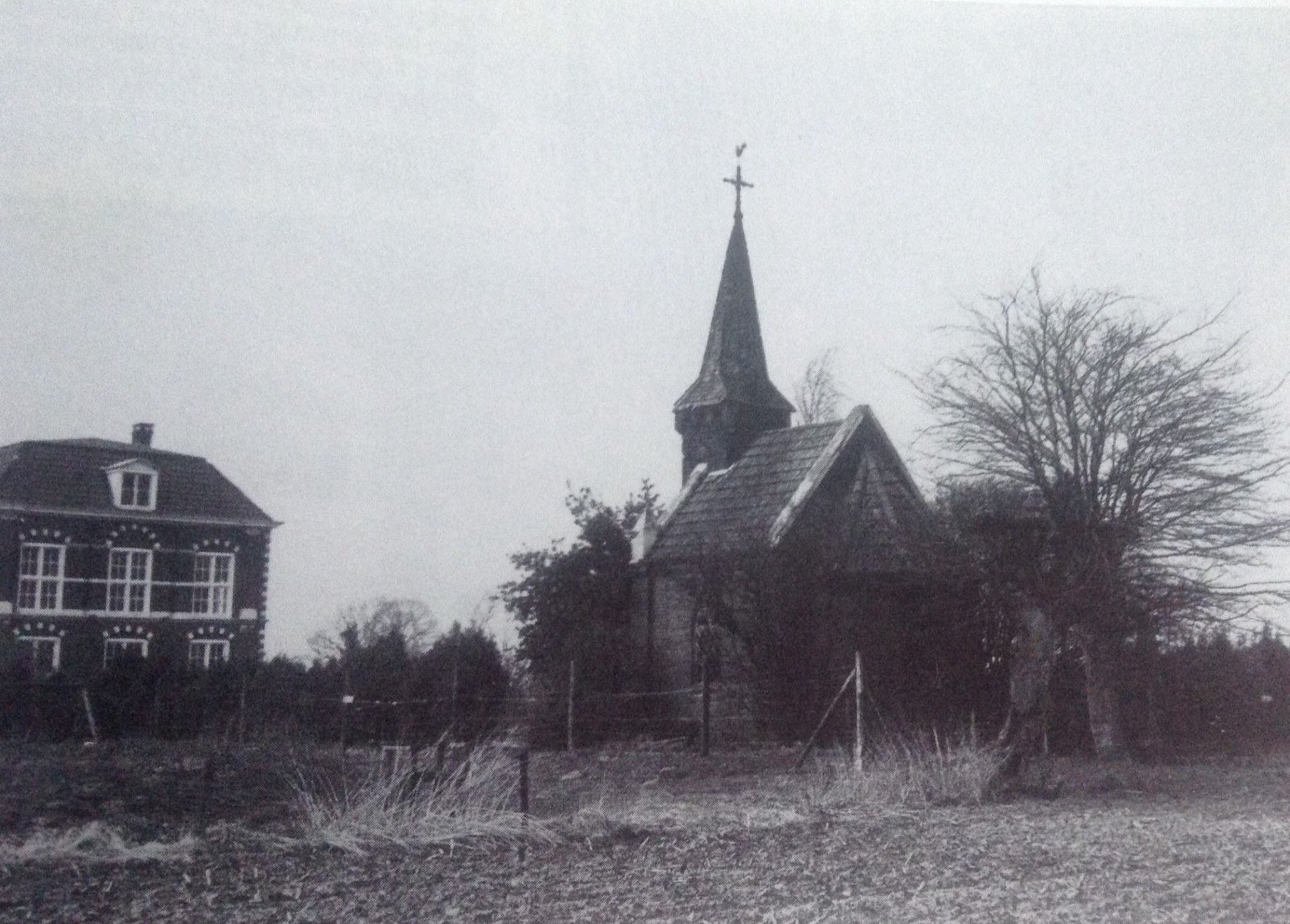 If you would like to visit us outside usual opening hours, please send us a message with our contactform.